During the academic year abroad I was really getting nostalgic about flying above the city where was born and lived all my life, for the XC routs that are waiting for me in Macedonia and last but not least to share the sky with old friends and pilots from my club. 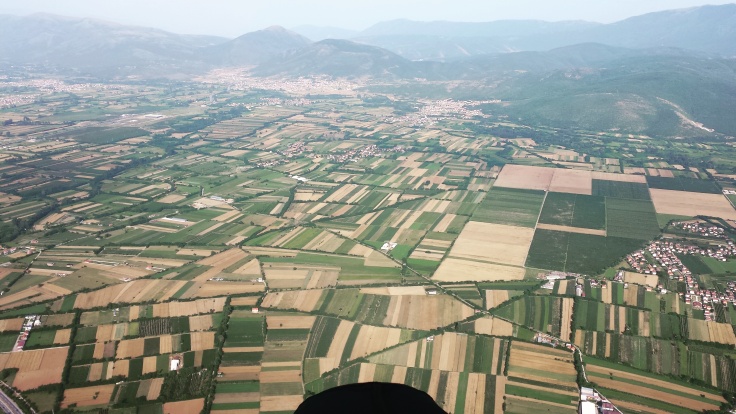 The second day when I arrived in the country was a Cross Country day. Me, Aleksandar, Mile and Goran, the three are some of the top pilots here and It felt great to keep up and fly together. We were on a mission to put some distance and air time in preparation for the Nationals. The wind was east and we were to go on a XC flight to the north-west. Taking of from Vodno above Skopje. This was something I was very exited about, it felt great to be home and I really like the view of my home city from 2000m. asl. 🙂

After a small struggle on Vodno we made the transition to the west where we were sharing thermals and going for the kilometers. Maybe little bit in a hurry since the flatland Polog was not working that great and we bombed out on our 45th km. We came to conclusion that slowing down on a XC flight is of high importance with hope not to do this mistake to many times again.

After one day grounded it was time for a afternoon careless and relaxed flying. The place was Popova Shapka now on the other side of Polog flatland in the Shar Mountain. We were now 8, Pero, Simic, Dime, Goran, Mac, Me, Jacky Wu and Zoki. The wind was coming from the east, other pilots reported that it was very strong but luckily when we got there in the afternoon we had winds not stronger than 15 Km/h. There were nice weak but steady thermals, the convergence was kicking in and the flats now worked amazingly well compared with few days ago.

Mac and Simic who have finished their beginners course recently did an amazing job flying in the thermals and successfully making their longest flight time to date. It was a day of pure joy and careless flying with friends, we were like birds that just mastered the art of flying 🙂 .

Next stop the nationals in Krushevo.