The event took place from 1st of August until 6th of August and included the nationals of Slovenia, Serbia, Lithuania and Macedonia. The arena was Krusevo and the Pelagonija flatland, it was organized by Delta-Prilep with Martin Jovanovski as meet director. We had 4 tasks of 5 days and a epic training day with 3200 m asl. cloud base. 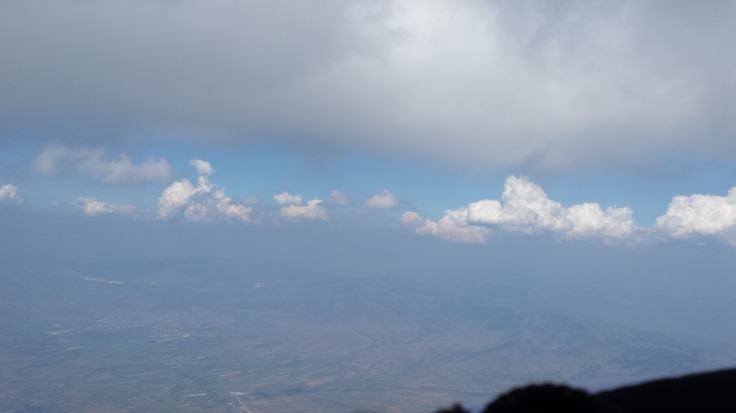 For me this was the biggest and most competitive competition ever with 150 pilots and some very sound-able names. Competing for the thorn of Macedonian XC champion were Vlade, Igor, Gac,  Goran, Miki, Joco, Oliver, Me and Jo (Aleksandar) who was flying on his EN-A Gradient!

We quickly got into our daily routine with Gac and Miki, coffee from the hostess in the early morning than a walk to have a krusevski gevrek, now we are ready to go big.

The first task was the one I screwed up the most, after a very nice start we had some high clouds and shadow in the flats, I had to slow down to climb in every bit of lift but continued to the turn-point in the shadow quite low and I had to land. Fortunately very friendly people invited me, Miki, two Slovenians and two more pilots in their backyard, gave us beer and cheese just to remind us that we are all here to have fun.

Second task was a 88 km FAI triangle around the flats on the south. My biggest flown task ever and biggest flight in Macedonia, also my first FAI triangle. However due the not so big experience with final glides and maybe issues with being  impatient I bombed out inside the speed section 1 km to goal.

Third task, same story 80+ km across the flats on the north, and I bombed out 300 m before the line. Too much mixed fillings after this. But the flying was exceptional and I have learned. On this day Jo made his biggest flight of 66 km fling very high and very well.

4th task was 65 km, with little bit early start and early finish due the over-development in the forecast.

After 6 days of fun and adventure we got our new champion, Vladimir Nedelkovski, with Goran Dimiskovski and Igor Todevski as runner up. For the Slovenian part Timotej has won the fun class (up to EN-B) and a third in sports class. He was flying exceptionally well and also came 4th overall in the sports class on his EN-B glider.

One thought on “Nationals in Krushevo”

In the great outdoors
Its all over 10 tasks and god know how many kilometars and hours in the air along side the best in the World! It was unforgettable to fly for the @macedonian.paragliding.team and to be part of this amazing event! Thanks to @allga_san and @brainsterco for their support! #paragliding #pgWorlds2019
#Repost @macedonian.paragliding.team • • • • • • Task 3, 83 km along the valley. Krushevo delivers again! #pgworlds2019 #paragliding #brainster #allgasan