Para Snezinka or Para Snowflake is a non FAI 2 local paragliding cup. It is held in the south-west part of Slovenia where the conditions should be soarable on most decent winter days. There are 6 events on every second flyable weekend and until this blog post there have been two events.

Task 1 of Para Snezinka was held one month ago but saw very poor condition, no pilot made goal and more than 70% of the pilots didn’t do more than minimum distance. On the other hand Task 2 of this league was a different story. On 29.11.2015 we were going to fly the south-west wind on Kovk, Ajdovscina.

It is the end of November and that means no thermals, I have never had a longer than 20 minutes flight this late in the year so far but going up the hill on Kovk things looked quite promising. When we got of the para taxi you could feel the wind, it looked like it is going to be just right. After a short walk I got to the take off site, very nice looking place with few benches, low grass, a place to try your harness, a proper take off place and more important it was soarable, people were actually soaring and having fun. 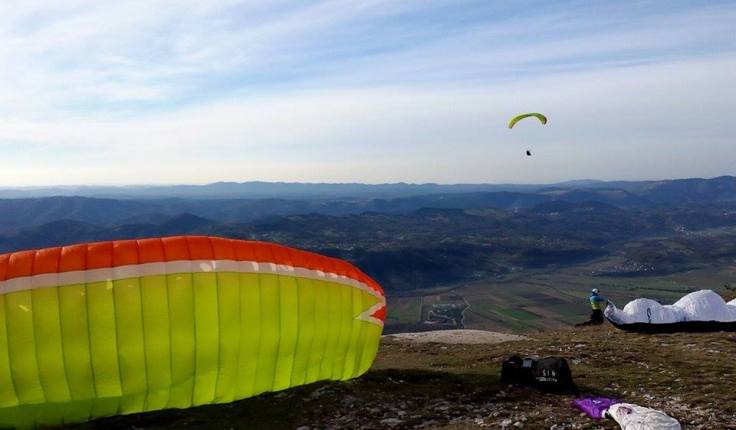 I started with my regular routine of getting ready for a race, double checking everything punting the way points in, always with extra care, knowing myself it can be very easy to mess them up. I like this procedure before a race quite a lot. I feel more focused about everything when I am about to race, it is almost as the race had begin before it really did. A meter of fact I find just before the race more stressful than the race it self.

Everything is ready now and I am waiting for a little space to start my flight. I am not flying every day now and I haven’t been flying in two weeks so I tend to feel little nervous at this point, again double checking everything and wondering how this can go wrong. Than I pull on the “A” risers and everything is perfect, an effortless take off and in the next 5 seconds that feeling of total control, of knowing exactly what I am doing, that feeling of being where I belong and where I do so well. Now my doubts are gone, flying is like second nature t me and with a smile on my face I start to gain altitude in the cold November wind.

After few minutes in the air it was obvious that this is going to be nice task since conditions were more than good, the ridge had nothing but lift. I had problems with the start again, probably I entered a wrong time for the start cylinder but I managed good, I followed everyone, made sure that I entered the cylinder and than manually switched to the next turn point, after that everything worked perfect.

Race on! Everyone was on the speed bar and racing the ridge. I found it very interesting that I had to use the speed bar a lot. I was always on the look for the best line, on the bar when there was lift and of the bar when there was no lift. Also controlling the pitch with the bar was something I really wanted to work on and now I had a lot of it. Everything was great except the cold, It was seriously cold two pairs of gloves and still painfuly cold hands.

After a half race I finally found my place making up more places than I was losing when I went for a bad line. Last turn point was little bit in the wind along the ridge on the south, I decided to take a short cut through the flats and connect with the ridge at the slope that looked like it was facing the wind just on the right angle. I Lost serious height, I was on full bar flying with 30 kph which was not great. Everyone else was already higher than me little bit in the back but flying the ridge on the left so I decided to stick to the plan since now changing the line would be over-complicating things. I was very happy to see that my plan worked, the vario started beeping just as I got to the place with the potential lift. It was great to know that I have found this thermal instead of the thermal finding me. Climbed just enough to get the turn point and to goal with 50m to spear. 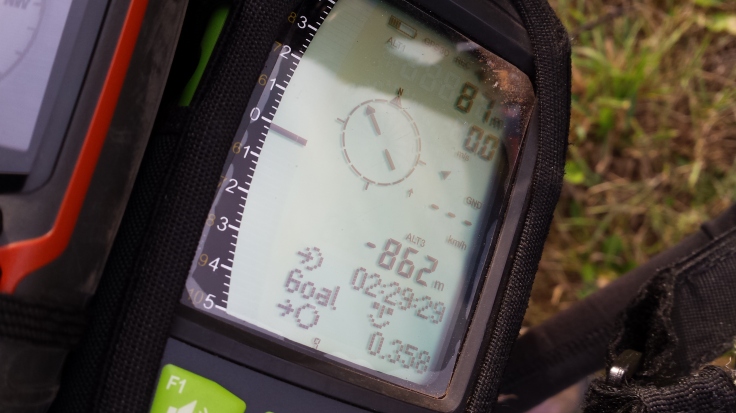 My result is definitely not great finishing 20th of 25 with everyone in goal. The “goal” beer and pizza made things better, now I know what are my weakest points. Motivation is bigger than ever, I’am looking forward to learn more about racing and flying on the next events of this nice little local competition.

⛷️
In the great outdoors